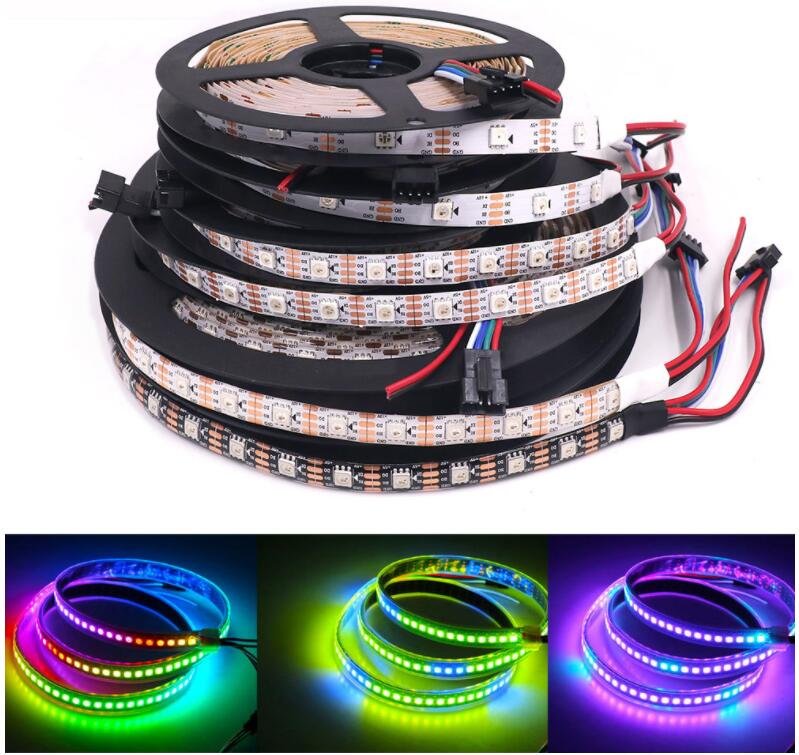 Today I am comparing the different normal addressable led strips, talking about their technical specifications, then I’m gonna help you figure out which one is the best-led strip lights for your project.

The most well-known chip currently is the ws2812b chip. This chip became very famous partly because Adafruit gave it the name “Neopixels” and made it available to the general public a few years ago.

One Pixel with One LED, each LED can be cut. Detail as below, It with all WIFI controllers and Offline controllers. 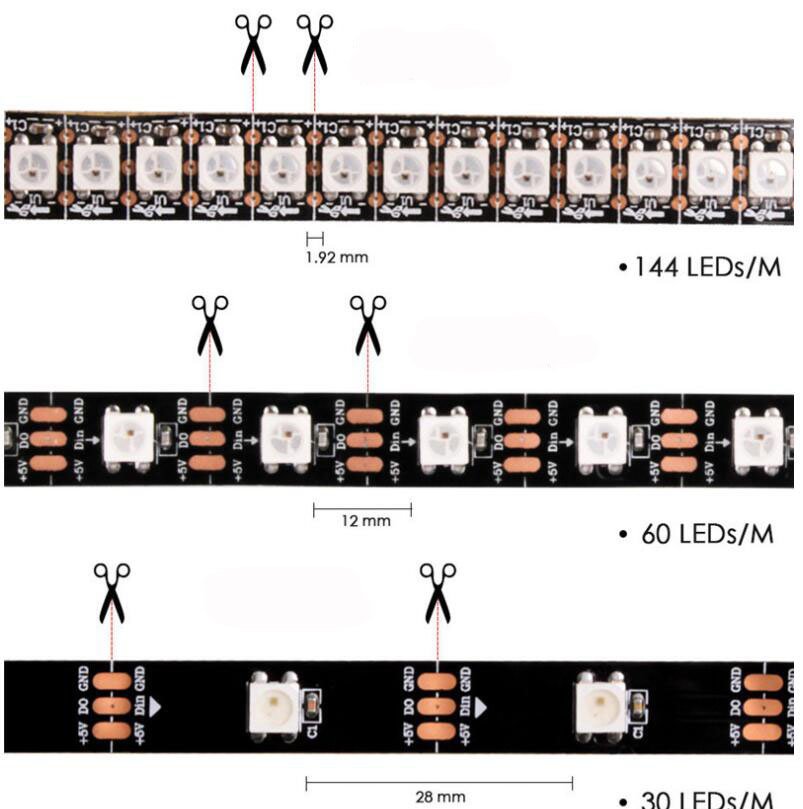 Refresh Frequency updates reach 2 KHz, 5v compatible, and dual signal wires so that if one led gets damaged, the signal should still transfer to all other chips. (almost same with ws2815, but voltage different).

Any led broken will not affect another led unless two consecutive LEDs are broken.

This chip runs PWM at about 1.2kHz making it better in the regard to the ws2812b too, and Adafruit used it the same with ws2812b. It does RGBW mostly.

It also isn’t a clockless chip with only three wires (+, -, data) but instead uses a 4 wire protocol (+, -, clock, data). The APA102 also has some advantages in regards to settable brightness and tune-able color spectrums. APA102 is also the brightest LED strip before, so if you need a lot of light output, this might be your LED chip! The APA102 can also be bought in full white variants giving you for instance warm white addressable LED strips. 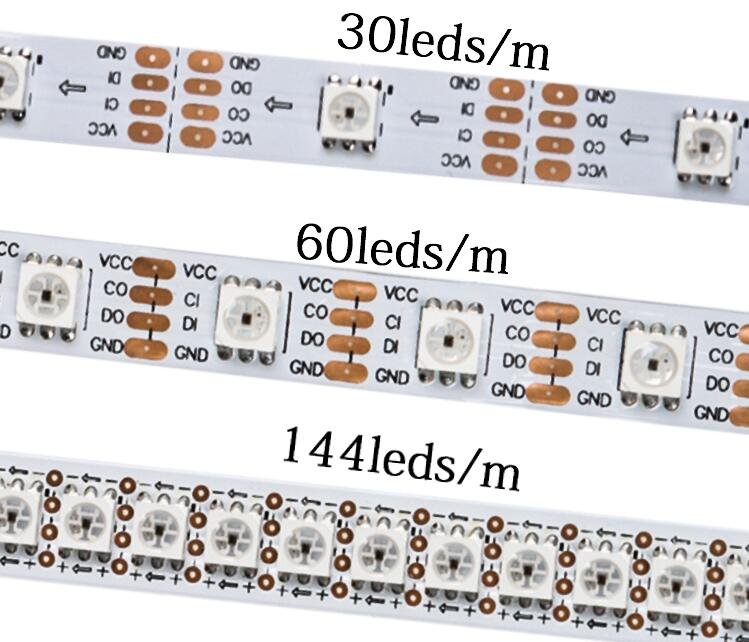 A new chip from the creators of the WS2812B and compatible with the same protocol. The main improvements are a higher internal PWM frequency (around 2kHz), 12v compatible (5v logic signal), and dual signal wires (DI, BI, GND, 12V), so that if a chip gets damaged the signal should still reach all other chips. This causes ws2815 to use more watts than a ws2812b running the same pattern. 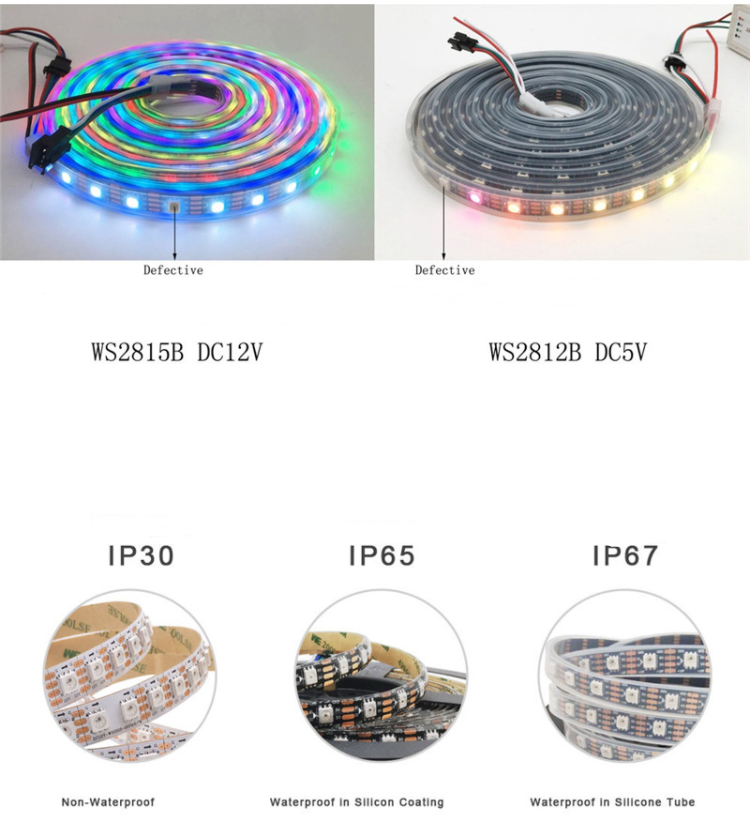 It is the cheapest addressable led strip, It is one signal cable, three cables (GND, DAT, 12V/24V), The voltage 12V/24V both available. RGBW and RGB color for more choice. 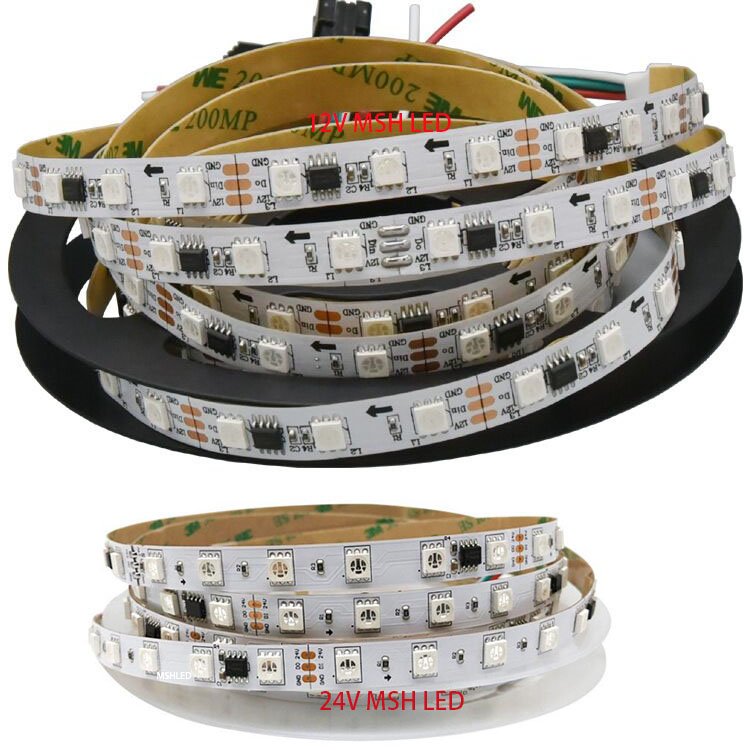