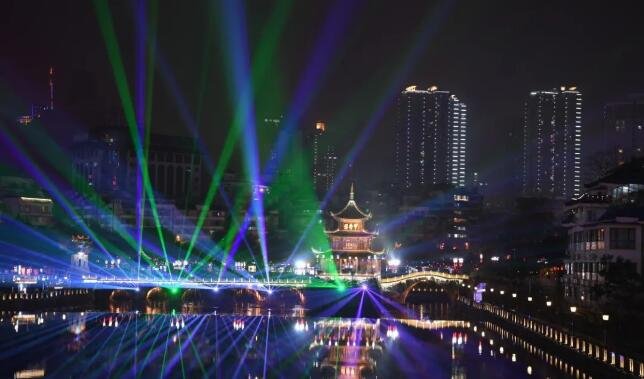 Today, the fourth day of the Lunar New Year

②The legend says that the Zao King this day to check the account, should not go far;
③Every family should eat “folded” – the leftovers of a few days of rice together in a hodgepodge;
④ Throw poor: indoor dusting, house sweeping…
New Year’s customs are changing, but blessings remain the same! In the new year, may everyone have a good harvest and good food!
Next, please enjoy the Chinese New Year light show at home in China’s top ten cities. 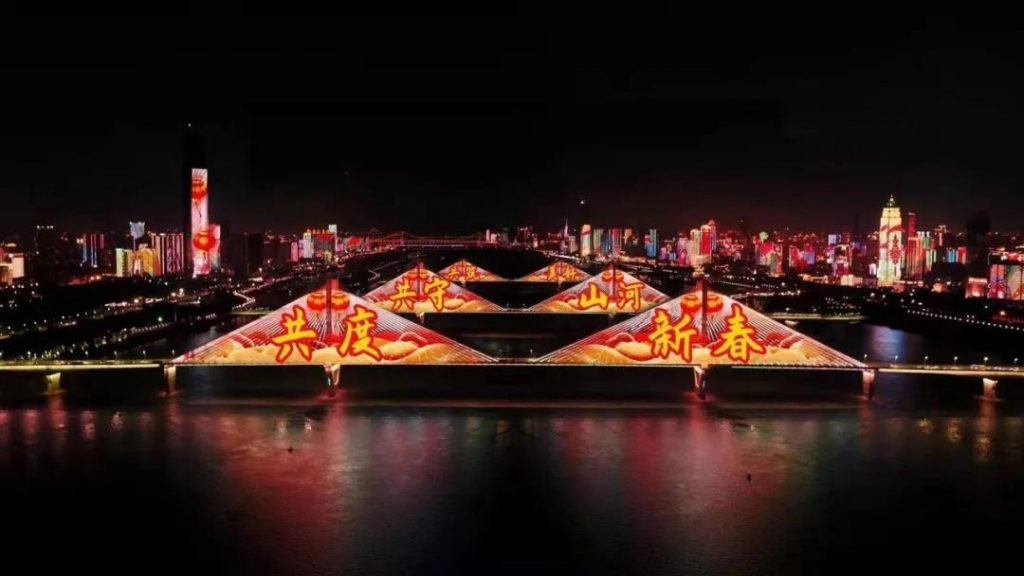 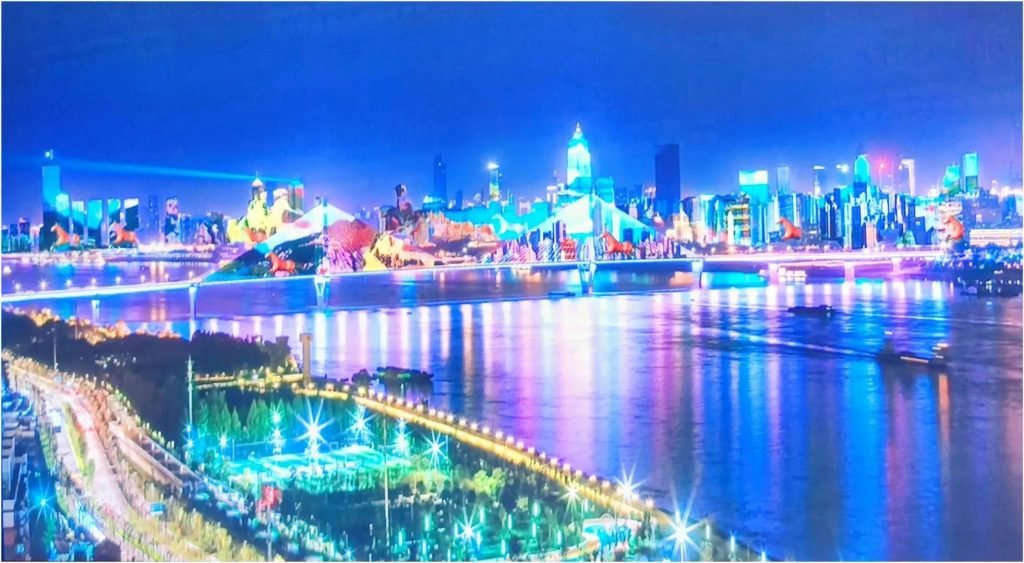 It is mainly divided into three chapters: “Celebrating Chinese New Year together”, “Guarding the mountains and rivers together” and “Going to the good”, which dynamically interpret the taste of Jingchu, the beautiful mountains and rivers of the motherland, the city’s watchfulness and solidarity, and the writing of a new era chapter, expressing the good wishes for the country’s prosperity and people’s peace as the Chinese New Year approaches.

Thousands of doors are lit up like day! Beijing Daily, together with the Beijing Urban Management Committee and the Publicity and Mobilization Department of the Beijing Winter Olympic Games Urban Operation and Environmental Construction Management Command Office, has selected 20 of the most beautiful night scenes in Beijing from Chang’an Street, 16 districts, and the Economic and Technological Development Zone to offer a warm New Year’s gift to citizens staying in Beijing for the New Year! 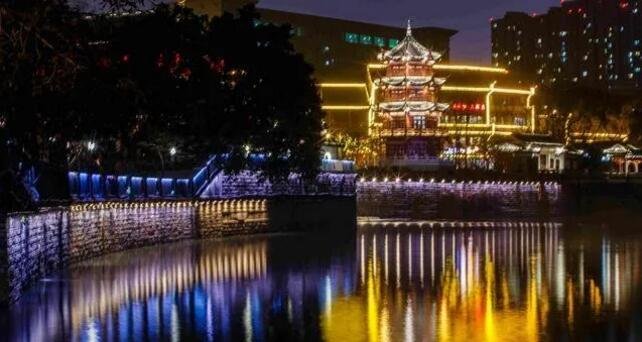 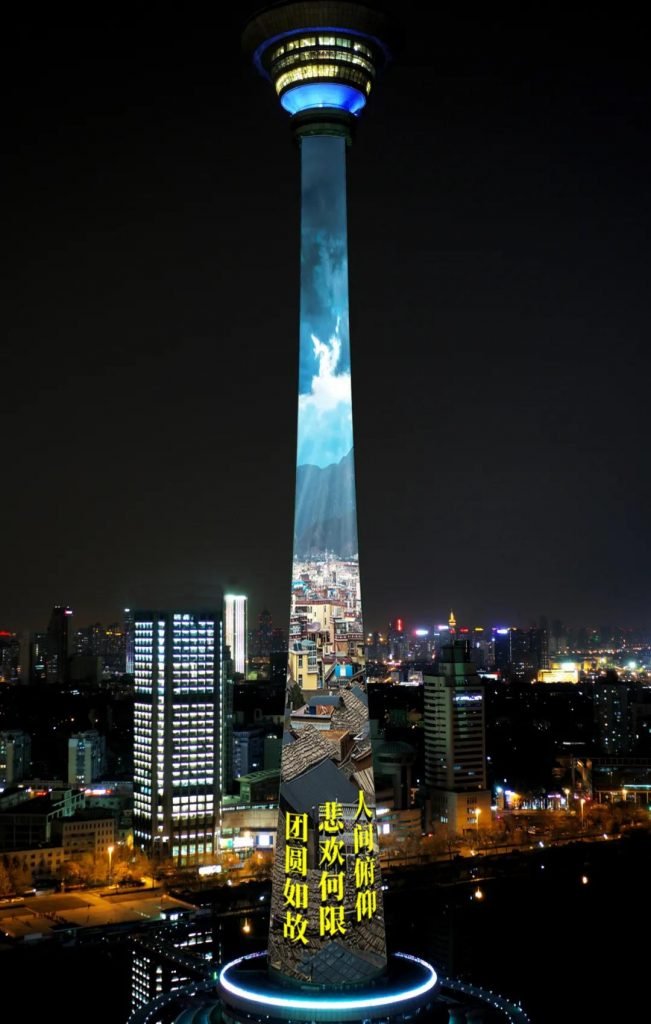 From 18:00 on the night of New Year’s Eve, February 11 to 00:30 the next morning, Tianjin Landmark Sky Tower will present a light show with the theme of “No matter where you come from, you are Tianjin people tonight” for all the people who spend New Year’s Eve in Tianjin.

Recently, the final project of the landscape lighting construction of 113 buildings in three major nodes and roads in Xishan District of Kunming City has been basically completed, and the preliminary commissioning of the lighting effect has also been basically completed. The first city of South Asia style, cloud investment center, Dianchi era business circle, the central gold seat, Dianchi Park Hyatt, Biji City District, Dianchi Dam along the perimeter of many high-rise buildings, such as colorful, gorgeous, glittering, echoing each other, forming a beautiful lighting scroll. Some buildings also lit up with a special light show for the Chinese New Year, red-hot “Happy New Year”, representing the auspicious meaning of the window flowers and other patterns and the flow of the word “fortune” in a building between the shuttle, so that people feel the strong flavor of the New Year.

As the Chinese New Year is approaching, Guiyang Jiaxiu Building and Guanshan Lake Financial City are staging a visual feast for the New Year. The New Year light show is bright and colorful, overflowing with a festive atmosphere to welcome the New Year.

During the period from February 3 to February 26, from 19:00 to 22:00 every day, a Chinese New Year-themed light show will be staged on both sides of the Ful River in Mian Yang city. The Chinese New Year light show is based on red, incorporating red lanterns, fireworks, and firecrackers representing the elements of the Chinese New Year, and introducing fashionable and dynamic elements to celebrate the New Year!

The theme lighting includes garbage classification, running cattle, elements of the New Year of the Ox, cattle turning to the sky, blessing cattle, fireworks blooming, New Year wishes, flowers blooming, etc. Each time lasts for more than 9 minutes and is broadcasted from 6:00 to 11:00 every night from New Year’s Eve to the 15th day of the first month. 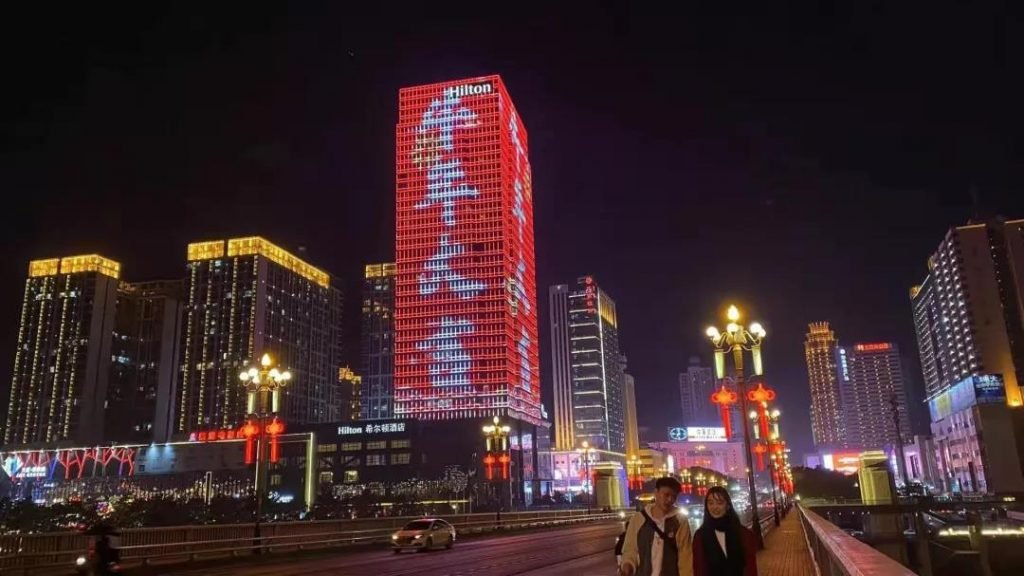